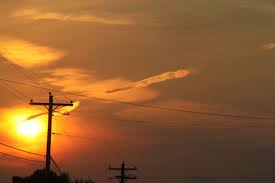 He drove along listening to James Taylor sing a new version of an old Glen Campbell song and watched October in Connecticut fly by the morning skyline in a blur of golden leaves and crisp blue skies. With the window down and the breeze hitting his exposed arm he raised his sunglasses in order to take in the purity of the colors that surrounded him, even though the horizontal rays of the sun forced him to look sideways at the view.

One of the concurrently lovely and devastating side effects of his emotional condition was that the happiness and melancholy of nostalgia often hit him simultaneously – between the eyes and the in the heart – and the lyric of an obscure song could send him headlong into 1975 or 81 or the day before yesterday. Even though his memories inhabit all four seasons, it’s as though they seem to congregate in autumn making orange his favorite color.

With leaves of the seventies crunching under boots of today he wanders through his mind considering the blessing of kids, family, friends – and her. Yesterday’s rake joined forces with today’s blower and earbuds replaced singing to himself, and the song that bridged then to now, and despair to hope, rose up as the leaves fell down. While he tried to conjure an image of what her golden hair and blue eyes must have looked like thirty years ago James channeled Glen and whispered something about needing more than wanting.

My book, “Country Songs and Backroad Love Notes,” is available on Amazon in paperback and Kindle formats: