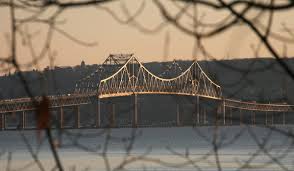 I’d really like to start going to church, she said out of nowhere. He merged the old Monte Carlo onto the parkway on a gray day that was too fucking cold for March. It’s supposed to be the third day of spring, he thought, and in protest he hadn’t brought a coat.

What makes you say that, he said, because he knew that she had a problem with people who hid behind Jesus. As her daddy, and the man who dragged her to Sunday school in her pigtails and plaid skirts and to her mother’s funeral in her new black dress, he knew her better than anyone, and was pretty sure that she didn’t want to hide, but rather wanted to begin using the Messiah as a shield.

Because the world is a shitty place, and most people are evil, and I don’t want to get caught up in all of it. He agreed with her, except he said that he would have to change the word ‘most’ to ‘some’ – although ten years ago he would have underlined and italicized it.

He was now on a personal mission to help her not go down the same path he’d taken, because it was for shit to say the least. No one should have to go through that, and if he could take that bullet for her, the way that Christ took the nails for humanity, then he was willing to make that deal.

Guard rails and yellow caution signs showing deer silhouettes with graffiti penises flew past the New England spring and she said that when she is in the church listening to the pastor she is more at peace than at any other time. He then grinned and quoted their refrigerator magnet that read peace is not a place without chaos, but rather a place where you can be surrounded by chaos and still be calm in your heart.

For a few seconds she watched trees attempting to bud on along the side of the road then turned and with a slight smile and hint of a tear said, fuck you – and your lame quotes.

But he couldn’t help it. He got the habit from his dead grandfather. And then he hit her with the kingdom of heaven is not a place but a state of mind, so she smacked him on the leg and he pretended to veer off the road. They had to be quiet for a while and let it all soak in because, as they – and he – say, silence is golden.

Approaching the Tappan Zee Bridge he thought if he drove really fast and used bridge as a ramp they would be in orbit in no time, and wouldn’t that be better than here, and even though for a moment he thought it really might happen it didn’t and they were passed by a minivan with a mom and some kids and a license place that said ‘im-blesd’.

Steven Harz was the 2013 winner of the international People's Poetry Contest and is a three-time winner of The Iron Writer Challenge. In his writing, Steven captures the exhilaration, pain, and frustration of love, all the while making you strive to find the perfect balance. His work will pierce your heart with memories of love gone bad or an undying commitment to not let that happen to you - pain, truth, and appreciation pour out of his words. Steven's works have appeared in Inwood Indiana Press' Tracks, Voices 2, Donut Factory, Words+Pictures, Ink Monkey Magazine, The Germ, The Voices Project, Pocket Thoughts, and Indigo Rising UK. View more posts